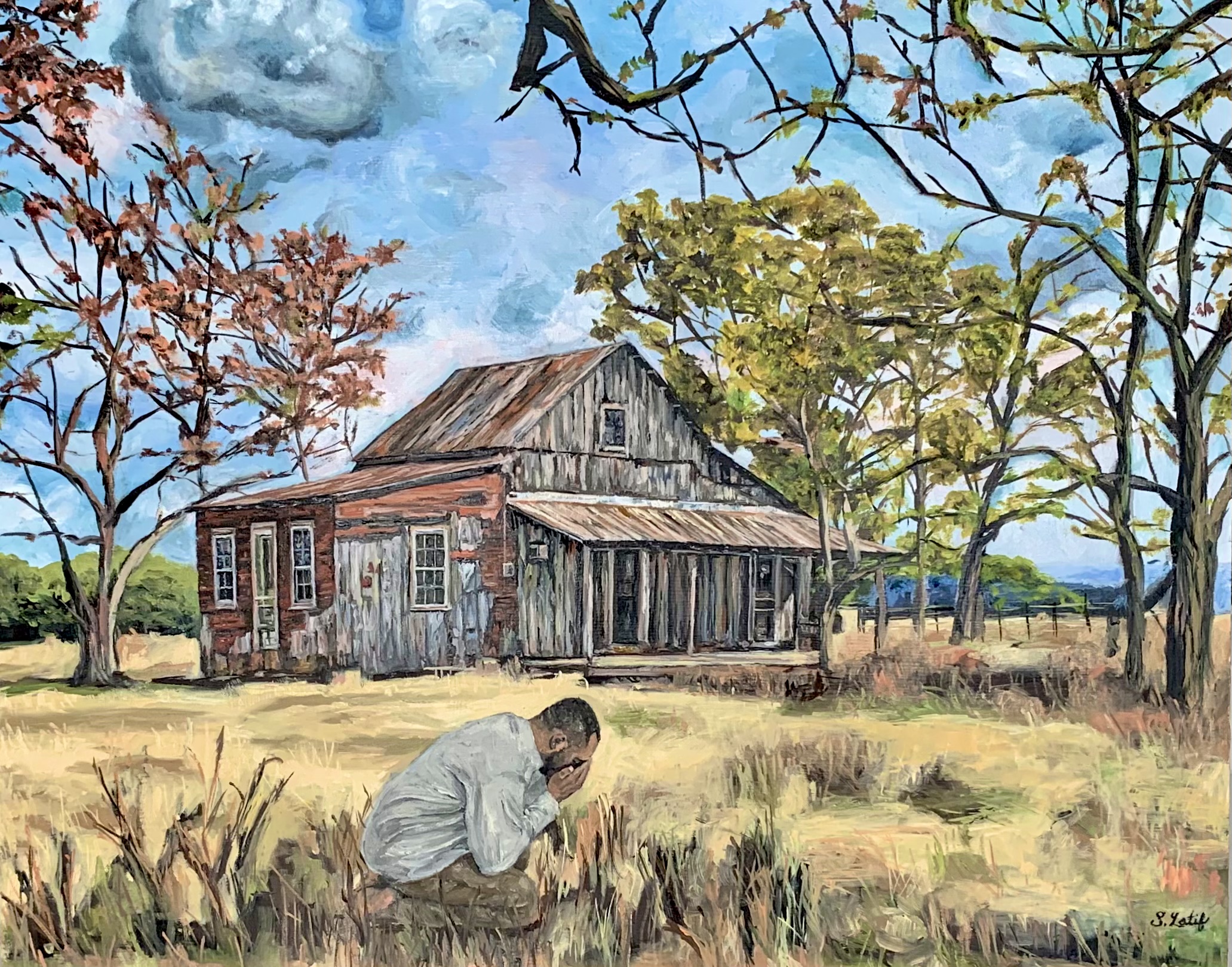 Safia Latif is a painter based in California. Latif holds an MA in Middle Eastern Studies. She began her doctoral studies in religion but eventually decided to leave academia to focus solely on her art. Latif’s work is largely inspired by Near Eastern history and culture and examines themes of spirituality, melancholia, and the inexplicable depth of the quotidian in religious life. In many of her works you will encounter complex Islamic architectural elements and vivid colors reminiscent of orientalist painter Jean-Léon Gérôme. At the same time, her paintings are distinguished by her loose and textured brush strokes, as she is heavily influenced by impressionist painters. In exploring religion through art, Latif’s work is unique for its realist depiction of Islamic narratives, reflecting a general openness to faith which is likely owing to her cosmopolitan upbringing. Her mother is a Russian American Jewish convert to Islam and her father is a Pakistani Muslim immigrant. Apart from painting, Latif is an avid reader of both fiction and non-fiction and derives much inspiration from her readings